How Can You Be a True Friend to the Earth?

Have you ever encountered such statements? Something is going on that is going to have a large effect on all of us. But the Earth?

But do we? Will we be around to thrive with the Earth? Will the Earth be happy with us being here? Let's start with what history tells us about civilizations that died off. Every single one continued on, right up until the end, as if everything was just fine. Doom-sayers were ignored, denial was the norm, and everyone was living as if they'd continue forever… right up until the proverbial manure hit the rotating blades.

Sound familiar? Many civilizations went under this way. Sad to say, it looks like it may happen again – soon.

The Earth Can Solve Her Problems -- Easily 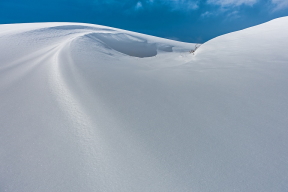 Let's just say, as one possible example, that the Earth gets tired of being beat on and starts snowing. And snowing. And doesn't stop. Sixty (or one hundred) feet of snow would pretty well put an end to the Earth being bullied.

And then what happens? Fairly quickly on a geologic scale (say a thousand years) the ice melts, the Earth greens up again, and voila! The Earth goes on her merry way, problem solved!

Any way you look at it, the Earth keeps humming along, keeps growing and evolving and does just fine. But the inhabitants probably won't find their lives as happy and comfortable as they're used to.

The Earth Is Our Wise Host

That last question is important. If you don't understand that the Earth is a sentient being and is totally aware of everything happening on the surface (and underground, and in the atmosphere) then you really need to give up old beliefs and undertake to realize that the Earth is our wise host and humans are the guests. 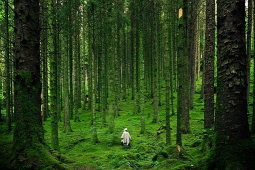 The Earth is all about balance. Whatever is done to the Earth, all of the Earth's processes work to restore the natural balance. (And not just some things – everything!) When humans speculate and guess about ways to make the Earth produce more and more, all Earth processes are put to work balancing out whatever is done.

A simple example is insects "destroying" a crop. What kind of balance is it when insects descend on a field and eat everything? Why would the Earth do that, if the Earth is all about balance?

The Earth's Point Of View

The "problem" is that humans see from the human point of view. They rarely make an effort to understand the point of view of the Earth, which is a much bigger picture than people let themselves see.

Farmers want to make a profit. The vast majority of farmers have the mentality of "mining the Earth" so that they can make a profit. Healthy soil, healthy plants and healthy plant consumers are the least of their concerns. Vast acreages of a single plant type are the desired goal. When traveling in the midwestern USA, you see such acreages all around – mostly corn or soybeans. 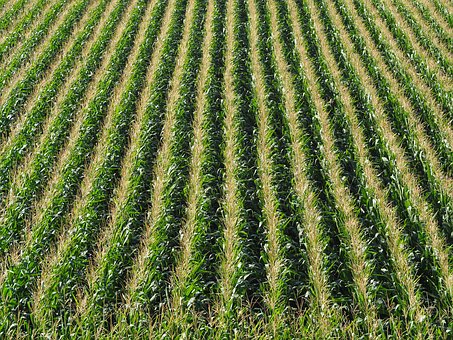 But monocultures are not balanced. Nature works best when there is a community of different plants supporting each other. What happens to vast fields of one single plant type can be thought of as similar to what happens to royalty who marry within their own family. They don't allow outsiders. This causes plants to struggle and grow weak because of the lack of a supporting community of multiple plant types. When plants become weak, they attract insects.

Insects can be considered predators and the plants are prey. It is well-known that predators don't go after the strong members of a prey group. They attack the weakest, which culls out the weaker members and leaves only the strong to continue propogating.

Insects provide balance by removing the weak plants leaving only strong plants to propogate. But in a monoculture, they are ALL weak plants. And weak plants also cannot contribute to the health of the soil. Thus, the soil gets worse, the plants get weaker and the cycle continues. Eventually, we will end up with food shortages.

How Do We Live In Balance With The Earth?

Note that this is NOT a crisis from the point of view of the Earth, although it may be seen as a crisis by humans. And whose fault are such crises?

The answer is unequivocally YES. Anyone can do it. YOU can do it.